In today’s highly competitive mobile app development world, no business person would take the risk of skipping any app store, whether it is Google Play Store or Apple App Store. A maximum benefit at the minimum budget is the target of every businessman. This is what a cross-platform app development framework does for you.

Before going into details about the top cross-platform frameworks for 2020, let us first roll our eyes at what a cross-platform app development framework is. This is a framework that allows mobile app developers to create mobile applications compatible with more than one operating system, particularly with both Android and iOS.

Writing the code only for once with the liberty to run it on any OS, the platform initiates a faster and more efficient product launch at a better price.

With people writing unique codes for the native platform over the years, Mark Zuckerburg was the first to realize the potential of a cross-platform app framework in 2012. At the TechCrunch Disrupt Conference in 2012, he made a statement that the future of app development is in the hands of cross-platform.

Benefits Of This Framework At A Go:

There are multiple of cross-platform app frameworks, each with its own pros and cons. Today, over here, we are going to talk about only the five best ones in detail:

Launched in 2011, and later taken over by Microsoft in 2016, it is one of the foremost open-source, cross-platform frameworks working on C# code hands. Launched to resolve the problems and difficulties of the disjoined native platform, companies use this framework to overcome the time-taking and expensive app development affair.

Licensed under MIT, Iconic is an open-source, cross-platform framework that uses technologies like HTML and CSS in javascript for translation. Inheriting designs from both Android and iOS, it functions on both progressive and native type web apps.

Owned by Google, Flutter is another open-source, cross-platform framework making it to this list of top 5 cross-platform app development frameworks. Seeing Flutter in this list, I know what the question is in your mind: Why Flutter? Wasn’t it released so recently on the 5th of December 2018?

Yes, I know it, and still, it makes it to this list. The only reason being who was it to launch it: none other than the Google. The same organization that has been developing the Android Native Framework. I guess this reason is enough for Flutter to make it to this list. 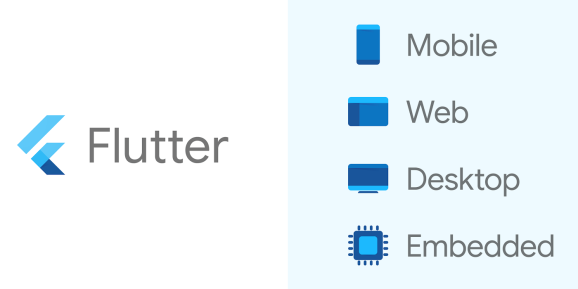 Based on the QT framework, Felgo is a cross-platform app development software kit, supporting multiple OS like Windows, Android, iOS, Mac, Linux, and the web. Coming with a set of visual and functional components, it assists the developers to create customized UI for native platforms.

Popularly known as the Apache Cordova, it is another top cross-platform application framework owned by another tech giant “Adobe.” Using Javascript, HTML5, and CSS language, it initiates sharing of the application being developed with the team for instant feedback. Along with this, the developer has the privilege to build it over the cloud directly.

The above mentioned are the top 5 cross-platform app development frameworks; still, you got to choose the best one for you out of all. Make your choice considering the features of the frameworks in line with your target as each of them has something unique from the other.

How Can Custom Software Help You Grow Your Small Business?

How Can You Develop a Grocery App? What Are Its Benefits?

How Can You Revamp Your Pharmacy Business with An App?

Full Stack Developers Vs Specialized Developers: Who is the Best for Your Business?

Software Development Technologies and Its Trends in 2021